"Our world is a wasteland. The green fields of our forefathers are deserts. The mighty cities of our ancestors are tombs filled with the bones of millions. Everywhere we look we see only the bright glitter of blades, we hear only the ring of steel on steel, we smell only blood and decay. Our weapons are cold and hard in our fists. We take what bitter food we can find and it tastes like dust in our mouths. The ruddy skies are filled with carrion birds and hosts of winged monsters". 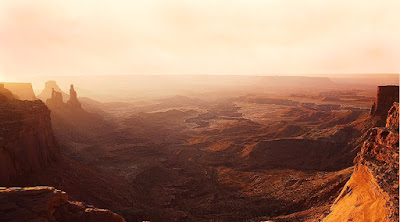 A view from the Axblades

"All the old races are locked in a death struggle. The Ironclad Legions of the Dwarves hold to their mountain fortresses. The decadent Elves unleash their Dragon Warriors from the sanctuary of the Obelisks. The clans of men skirmish endlessly with the brutal hordes of the Orc Khans. The spawn of Leviathan stalk the earth seeing to assuage their unending hunger for flesh. The Children of the Worm seek to grant the hideous gift of Death-In-Life to all who still breath. The Fallen lounge in the crumbling palaces of ancient kings and dream of ultimate conquest". 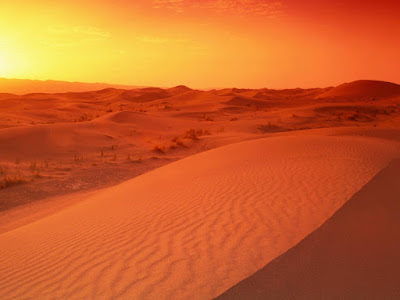 "The gates of Hell opened and Demon Gods entered our world. The continents trembled beneath the tread of monsters. The old civilisation was swept away leaving only barbarism and unending, savage warfare. The cities became charnel houses, their streets filled with putrefying corpses of merchants and mages. Fertile fields became wastelands of polychromatic salt and ash:.

Taken from The Druids Tale 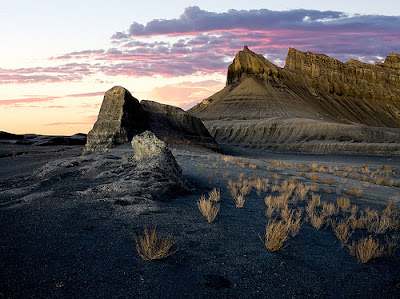 As you can see, the setting for Leviathan is a post apocalyptic one featuring a tortured landscape inhabited by savage races reduced to barbarism to survive the world they find themselves in.

Having re-read the background, I am struck by how close it is to a more traditionally sci-fi or near future world as seen in the likes of Fallout and Mad Max. It's rather exciting and I've found myself wondering how I am going to represent such a setting.

In more typical Tolkienesque fantasy sets, everywhere tends to be a green and pleasant land (other than the evil doers domain which is inevitably a volcanic waste, usually hidden within a chain of mountains). With Leviathan, things are turned on their heads with only isolated islands of habitable land with the rest of the world choked with irradiated magical fallout, volcanic ash and ruins of once great cities.

Similarly, the typically good race of the Elves are bitter, twisted and degenerate while the Dwarves are more akin to survivalists who went to ground and are only now emerging to explore and are exploiting their technology to gain control of territory. The Orcs are much like the Mongol hordes with a surprising amount of savage culture whilst the Barbarians are a bit like the lawless crazies from Mad Max. 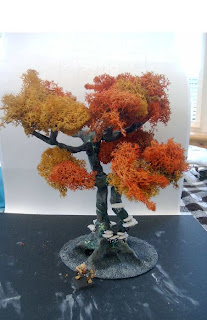 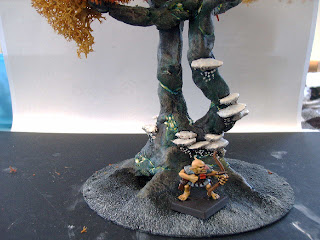 Back in the day, I tried out a few ideas to represent the decaying wasteland but this time round I plan on really pushing my terrain building to showcase a fantastic world that's been warped by nature and magic into something rather more.

Imagine dead forests, pools of toxic waste, jagged spires and ruined machinery. This is the sort of world that I'm going to have a bash at putting together. With this in mind, I'll need to collect some supplies before I get to building but I shall have to see what I can put together.

In other news, I've been working on some Orcish cavalry and it's starting to look rather good but I'm badly in need of bases so will be placing a small order with Warbases to get suitable gubbins before I can show the finished models.

Hopefully said supplies will arrive in the next week!

Posted by Leutenant Brittan at 12:02